Well it’s finally here and I don’t need to worry about it being deleted or whatever. I say that as over the years I’ve started over a half-dozen Forums, only to have them shut down and deleted by the companies that originally hosted them for free. As one had issues or closed down, I’d open another, and so after a decade or more, only two remain online, but due to numerous site problems they had, active membership dropped off and these Forums became inactive.… Read the rest 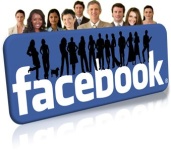