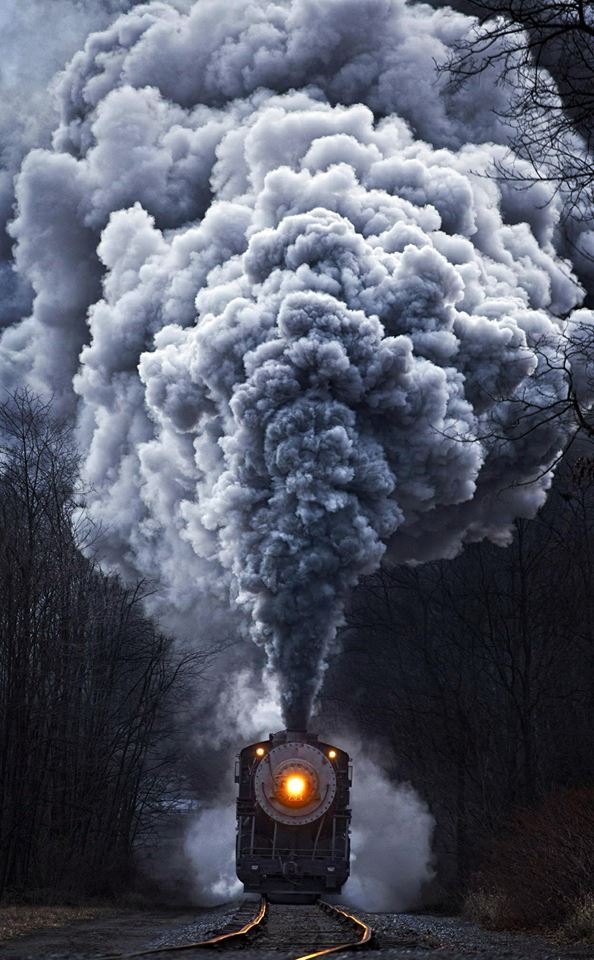 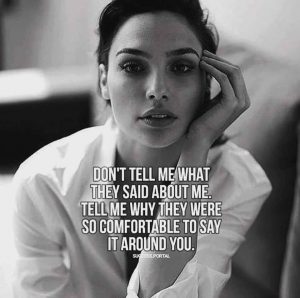 This is a powerful and profound message. It’s a simple and effective way of cutting through the bullshit of so-called friends, to find the truth of what they really are in your relationship. A simple change in perspective and the whole experience shifts dramatically. 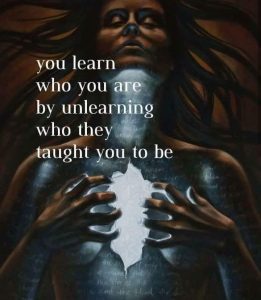 Imprints, programs and beliefs all are responsible for the altered persona that we take on to live our life and that be believe to be the true expression of who we are. When these are slowly stripped away, the real and authentic you is revealed and you then begin to live the life you desire, not the false one that you were programmed with. 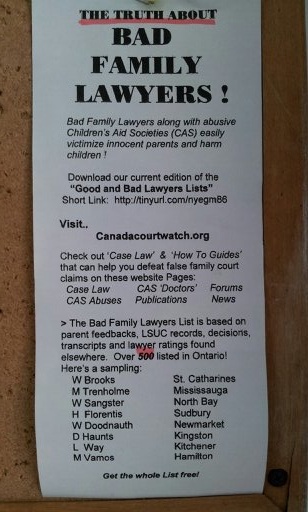 Well today was laundry day and at the laundromat bulletin board, there was this notice posted on good and bad lawyers and also on the abuse of the CAS – Children’s Aid Society.. It’s time that these A**holes be not only held accountable, but also punished for their evil deeds, and I don’t mean a slap on the wrist or a paid vacation or a promotion. It’s time to end the PIE (Privilege, Immunity, Entitlement) that these A**holes have that allow them to do what they do. That goes for politicians, bureaucrats, agents, lawyers, judges, police, doctors, military, Big business, CEO’s, rich individuals,  and the list goes on. All those that claim you must obey the law and rules, that somehow don’t apply to them.

I felt compelled to add the list of abuses by the CAS abuse and also the so-called Justice system as it’s pure EVIL.. by intent and action..

TYPES OF CAS ABUSE:
All abuses by a CAS are considered ‘bad faith acts’ by the courts when you prove it. The courts are seldom angry or outraged at the conduct of the CAS, while they instantly stomp on ordinary citizens who cannot possibly overcome professionally perjured affidavits of the CAS!

CAS Misleading Parents and Courts  (ie, Bad Faith conduct, Abuse Of Process, etc):
– Aggressive litigation lacking impartiality *
– Perjuring affidavits  *
– Refusing to consider/allow/disclose favourable evidence by affidavit (one sided documents)  *
– Falsifying Plans of Care, denying treatment  *
– Suppressing, withholding evidence from the courts  *
– Infringing on court’s jurisdiction to know all the facts  *
– Refusing to comply with court orders
– Misleading submissions in court by CAS lawyers *
– Violating the CFSA  *
– Violating any and all Case Law  *
– CAS claims of acts as abuse that are not within the Child Abuse Spectrum, ie, inventing offenses.
– Selective disclosure or nondisclosure to parents  *
– Disclosing unreadable documents
– Refusing/failing to sign own documents
– CAS employees disavowing documents written by their own hand
– Falsifying records
– Using Motherisk(1) drug test reports from switched hair samples to mislead the courts
– CAS misleading courts with Motherisk FAEE drug tests knowing EtG tests clears the parent
– misrepresenting false or nonexistent ‘chain of custody’ on evidence to mislead the courts
– CAS refusing to investigate unreliable claims of one vindictive parent against another parent
– CAS workers abusing ‘Qualified Privilege’ to lie on affidavits *
– CAS lawyers abusing ‘Absolute Privilege’ contrary to Rules of Professional Conduct to mislead courts *
– Destroying Notices of Appeal served by Fax, disavowing service *
– Using Doctors who are married to each other as ‘independent Expert Witnesses’ on same cases
– Using Doctors with clinical deficits & negative court decisions to mislead subsequent courts and parents *
– Using Doctors to deny treatment needs of parents and children contrary to Ont. Reg. 25/07 *
– Using Doctors to make report findings that are outside their scope of qualifications
– Supplying misleading records to Doctors and questions to steer assessment away from treatment needs *
– Removing Records from Case file to prevent disclosure.
– Refusing to communicate with parents, claiming a policy of ‘no emails’, etc *
– Repeating false claims after dismissal in new sworn affidavits – violates ‘Res Judicata’  *
– CASs taking advantage of parents with poor or no english language skills
– Abusing the time limit provisions in the FLR to back a court into a forced Crown Ward order
– Refusing/failing to amend claims on new evidence  *
– Refusing/failing to amend affidavits
– Misleading respondents in person or in writing
– Refusing/failing to revise it’s litigation position on new evidence before the court *
– Affidavits used in ‘Oath Helping’ scams to mislead court violating case law *
– Disingenuous Offers to Settle  *
– CAS gaining a private interest over child’s Statutory Interest by misleading the court *
– Cropping or altering pictures as ‘evidence’ that were lifted from unrelated case files
– Abusing the court’s ‘presumption’ to mislead
– Abusing ‘Applicant’ role under the CFSA *
– CAS filing ‘Motion Records’ for Summary Judgment Motions to confuse the court, not allowed by FLR  *
– Violating contractual obligations under the CFSA *
– Obtaining public funding by Fraud with Crown Ward orders obtained by Fraud
– Falsifying Adoption claims in court to prevent Appeals, while collecting funds for a continuing Crown Ward order
– Excessive censoring of Disclosure documents violating R v Stinchcombe and other CAS related disclosure decisions
– Willful blindness by CAS management, staff, workers and lawyers  *
– Sharp Practice by CAS lawyers
– CAS lawyers who violate the Rules of Professional Conduct *
– CAS sides with abusive, vindictive parent to smear innocent parent in court while ignoring evidence of real abuse ***
– Refusing to re-assess litigation position  *
– False ‘Emotional Harm’ claims, s 37(2)(g) without expert evidence violating case law *
– Falsifying legal names of children on all CAS filings for 1 1/2yrs to humiliate parents, mislead the courts *
– Crown ward Orders obtained by Fraud contrary to FLR Rule 25(19) *
– False claims of ‘Shaken Baby Syndrome’ even though SBS has been discredited in criminal Courts**
– Abuse of ‘litigation privilege’ to deny Disclosure of exculpatory evidence, etc
– CAS inserting ” s 37(2)(l) ” in Statement of Agreed Facts and other documents out of context to mislead parents,
s 37(2)(l) amounts to consent to Crown Ward that is used against parents later.  (Violating Case Law against this
misleading conduct involving the very same CAS!) *   @@ 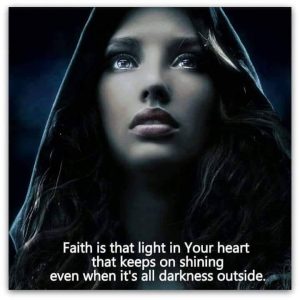 Faith can be blinded by hope. A false hope where one advocates responsibility for their circumstances and hopes things will change with minimum effort or that someone will come and rescue them. 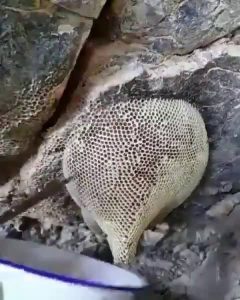 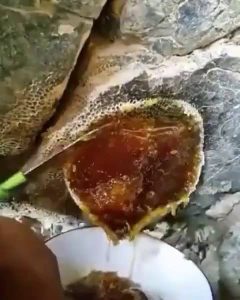 I watched this video and felt sick.. Here are bees storing honey for their hive and along comes a human, and takes what they have worked so hard to gather and produce.

It reminds me of the slavery, share-croppers and workers who desire to provide for their family and live comfortably, only to have someone come and TAKE what was theirs.

What so-called civilized governments and corporations are doing to so-called third world countries.. exploiting human labor and materials for their profit and pleasure. 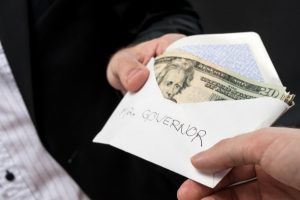 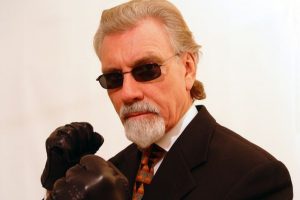