Well it’s finally here and I don’t need to worry about it being deleted or whatever. I say that as over the years I’ve started over a half-dozen Forums, only to have them shut down and deleted by the companies that originally hosted them for free. As one had issues or closed down, I’d open another, and so after a decade or more, only two remain online, but due to numerous site problems they had, active membership dropped off and these Forums became inactive. I never went looking for another free site as I planned to eventually host my own, this one, and now it’s officially active. 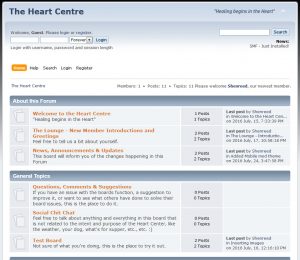 While my new website template is “responsive” and can be viewed on either a desktop or mobile device, the SMF (Simple Machine Forum) Forums is a fixed template and doesn’t look good on a mobile device. So I bought and installed a mod theme for the SMF Forums to make it responsive and mobile friendly. It automatically detects if the Forum is being accessed by a mobile device. The Desktop and laptop version will remain as is, although I reduced the width from 90% to 75%.