I went out today to see about buying some computer items and couldn’t find the house (it was in the country) When I went to ask direction at a house with a car in driveway. I ran the door bell twice and a few seconds after the second ring, I heard dogs barking and then saw them round the corner barking a growling at me. One was a long hair cross breed and the other a German Shepherd. It was the Shepherd that was aggressive and when he went for my bare leg, (wearing shorts) I put my hand down to protect my leg and he bit me. It wasn’t a real bite as he never bit the palm of my hand but he tore a triangle piece of skin on the back of my hand about a inch long. It was probably a combination of his bite, and my hand going down that did the damage

The other dog was just barking and wagging his tail now so I knew he was safe, and as I reached out and petted him, the Shepherd backed off a bit. I slowly made it back to my vehicle all the while, watching the Shepherd.. I managed to get in my vehicle and got a bandage to stop the bleeding.

I drove across the highway, got directions from a woman and found the right house but I didn’t buy what he was selling. When I left the house, and was driving back to the main highway, I noticed a car pull into the house with the dogs. Turns out it was the owners and I told them what happened and showed them my wound. They were apologetic, kind of, at least the husband was. I told them they should not let their dogs run loose if they are aggressive like that. Today it was me, but what if it was a child.

I drove back to Woodstock and went to the emergency and after four hours, the doc came in and said he couldn’t stitch the wound which I figured would take 4-5 stitches, and all he did was clean up the wound, pull the skin back in place and put 5 steri-strips across the wound.. I could have done that.. Dah!

PS: This is my first selfie type video I have ever made. 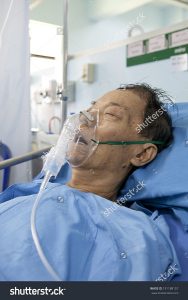