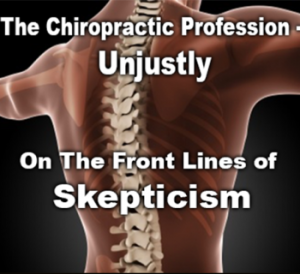 When I was receiving this new Chiropractic treatment, I wanted to know more about this new TRT technique, so I did an internet search. Chiropractic is considered a form of “alternative medicine” that focuses on manipulation of the musculoskeletal system, mainly the spine. It was considered unscientific and a cult by the so-called medical establishment, due in part to its holistic and homeostasis approach to treating their patient. It was only recently that Chiropractic treatments began being accepted by some conventional doctors, and some elements of the medical ESTABLISHMENT.

So it was no wonder that what I discovered was both interesting and also disheartening. What I found interesting was that Chiropractic was now associating emotions with spine issues, and that had a direct link to the work I had been doing that I share in my books, that of dealing with FEELINGS and EMOTIONS. But, the proverbial but, besides the following quote, what was also disappointing was that almost every Chiropractic site I visited had the same dogmatic scripted text, all singing the same, “We agree with psychiatrists” tune. While the Chiropractic discipline was on to something, they completely re-railed themselves by buying into the present psychiatric mental health mumbo jumbo. 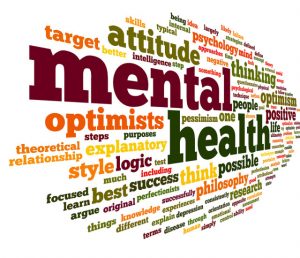 Here is their “suck up” quote regarding to the medical ESTABLISHMENT. <quote> Research published in one of the most respected psychiatry journals showed dramatically increased success in reducing anxiety and depression levels, and improved measurements of wellbeing, when Torque Release Technique (“TRT”) chiropractic adjustments were received. <end quote>

And here is a link to the ESTABLISHMENTS’s MENTAL HEALTH approach to dealing with what are considered “negative” feelings and emotions.