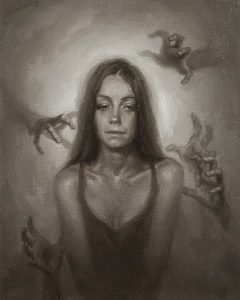 Typical medical part-truths along with a bunch of bullshit, presented as scientific evidence and truth. Stress can’t be created by thought alone, as there needs to be an accompanying emotional feeling. If you just thought stress… it doesn’t have the emotional energy to create the feeling of stress in the body.

The emotional reaction that the mentaloid talks about is the continued suppression of emotions that were denied expression in the original experience, which is what causes the stressful emotions to be experienced again and again.

Sure, you can break free of the chain of emotional addiction, as he calls it, but it’s only a temporary quick fix as you haven’t dealt with the original cause. Denial does not work… but it’s what is being drummed into those that are deemed to have “mental” issues.