Just an intro to a HUGE topic, and one that Empaths can relate to. 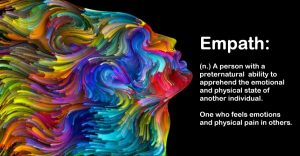 A couple of days ago, I posted a comment on a Facebook Empath group I’m in, and another member started posting (copy and paste) dogma from books that he had read regarding on clearing your energy field. The material he was sharing was old school material that has been around for at least 30 years, and either doesn’t work, or is a temporary quick fix as I have been there done that, tried them. He argued that since he was a “trained professional” with “credentials” he knew what he was talking about. I challenged him, stating that it was simply book knowledge and that if he had ever tried to apply the methods he was presenting, like, smudging, crystals, salt, bubble of protection, mantras, etc. he would know that they don’t offer a permanent solution. I explained that I had tried those methods years ago, and that what I’m sharing is what I have personally experienced and does work, permanently, and in any situation.

My last comment was that this discussion was good in that it showed others the difference between rhetorical book knowledge with no personal application or experience, verses information based on personal experience.

Well the next morning, I posted another picture and comment, and waited for admin approval. By 6pm, it still hadn’t appeared on the site. What I also noticed was that neither were there any comments on the previous threads I had posted on. I got the feeling that I’ve been blocked on interacting, as all that I see are posts that are days old. I never received a PM from the Admin stating there was a problem with the content of my posts. 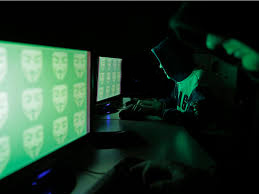 It appears that any conflicting or opposing ideas disturbs the status quo and is a no-no. It’s too bad as while there were a few people that were clueing in to what I was sharing, the “Administration” obviously didn’t like it. It’s not really any different than a few years ago, except that now, a few more people were conscious to what I was saying and were actually interacting. Maybe I’m being paranoid and there’s something wrong with Facebook or their page.

On Saturday, I chatted with a person still in the group, and they said everything was fine and normal, so that means I’m history.