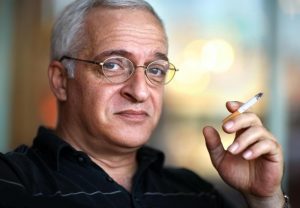 I find it interesting that even though Mike died of lung disease caused by his heavy smoking, there are four other men in my building that are still at it. I asked Danny why he doesn’t quit his two pack a day habit and he just shrugs it off. A woman that is a friend of Danny’s told me that he has to stop sometimes when he is walking up the slight hill from Tim Horton’s where he gets his coffee.… Read the rest