I was chatting with a friend yesterday and she said that I needed to go into a meditation and see and release the blockage, the kink on a nerve in my spinal column that is affecting my neck, shoulders, back and legs. I did a meditation in the afternoon and tried to access my neck and the pinched nerve but I feel I didn’t get there. 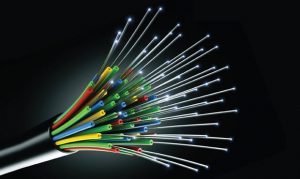 Later that morning I meditated again and I didn’t feel I succeeded as I wanted to see what was wrong and heal it like I did for a woman years ago. That time, I experienced myself as a infinitesimally small speck of light. I saw the cells in her body that were as big as apartment buildings and I could easily move between them like a person would. I saw her spinal cord damaged and some fine strands were emitting bright coloured lights. The strands on the other side of the break had the same colour hue, but were dull and pale. It reminded me of a fiber optic cable. I knew I had to rejoin then, so just using my mind; I matched colours and rejoined then, and then looked for the reason they had been cut and found a bone spur that I simply dissolved. I then scanned her body and found a green blob like growth that I also dissolved. I scanned her body again and found nothing so I returned to my body. With that, I came out of my meditation. Hummmmm? Maybe my issues in healing my body are EXPECTATION. 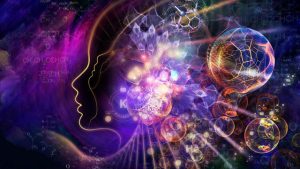 Later that afternoon I had my fourth craniosacral therapy session. This session was different that all the rest. While I had a few body twitches and spasms, they were mild compared to what I have been experiencing. And overall it was quite peaceful.

Before the session, I told my therapist of my friends advice and said that I would like to use this session to try and access and heal my damaged discs and nerves and she agreed. Early in the session I tried to meditate and do the healing as to how my Mind thought it should be done. I then realized that I did have EXPECTATION and so I stated out loud that I release my expectations on how healing should be and to just allow it to be. I took a deep breath and relaxed.

As I relaxed, I felt an energy move into the room and I told my therapist what I was picking up. A moment later I told her it was my guides and that this was all a lesson to see what doesn’t work. To get the Mind to try the things that it believes should work or that others have told the Mind works, and that everything it thinks and believes should work, is not working because it is wrong. I chuckled as I heard my guide say, It’s only taken you two years to figure that out.” I told my therapist that and she laughed too.