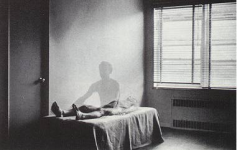 February 18 6:25 AM I was thinking about death and how Spirit (Mind) has never experienced what our Body and Will have experienced. When a person dies, it’s the Spirit (life force) that leaves first, and then, within a few seconds, Heart (represented by our physical heart) stops and with that, there is no longer any flow of the life force to nourish the Body.

The Will, being magnetic in nature, doesn’t leave the Body immediately, nor does she want to as life is what she desires, but without Spirit presence, to animate Body with life, the Body cannot exist in the form it had. Without Spirit, the Will is slowly forced to leave the Body, and as she leaves, the parts of the Body begin to return to the original essence and elements that it was made from. One thing I need to mention is that just because Spirit and Heart have left the Body/Will, that doesn’t mean that the Body’s  and Will’s ability to feel and sense what is going on has stopped, as only Body’s ability to move and respond has ceased to function. It can still feel pain in all those parts that still have Will presence, it just can’t move and respond to them. 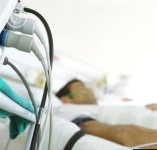 It’s like a person that is in a coma and while they are unable to communicate, they are totally aware of what is going on, they just can’t move their eyes, speak, or even move their finger to show they are alive and aware of their surroundings and the physical and emotional pain they are in. A person in a coma still has some part of their Spirit essence in their Body as it hasn’t totally decided to leave, yet. It has lifted most of it’s essence and consciousness, except for what is needed to keep the body/Will alive.  Heart presence is still in the Body to maintain the flow of life essence. Left unattended, the person would be unable to feed or care for themselves and unless Spirit chose to return, a slow and agonizing dying process would follow until such time that Spirit did leave and Body/Will would feel abandoned, unloved, rejected, and heartbroken.

I just felt and realized that while Spirit has never experienced what Body and Will have, that there is a part of Heart essence that has remained and experienced an aspect of dying. Although this part of Heart has momentarily remained, it has only experienced Spirit leaving and only the very beginning of the emotional and physical pain that the Will and Body was feeling, as when it felt its terror of death, it was quick to follow Spirit. Spirits terror is to experience dying and death, as life is what it is, and Heart has similar issues. When Spirit (Mind) says that death is nothing, it is only nothing to Spirit because Spirit has never experienced it, so there was NO THING to experience. 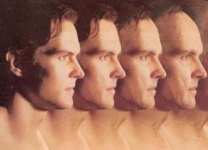 Humm? This relates back to the beginning of how Spirit is in terror of losing any part of the Body’s FULL sensations, especially sight, and sound, as then it is in the dark, the unknown, and left to the remaining senses, of touch, taste and smell, feeling crippled and powerless.

Loss of the physical senses and the body’s 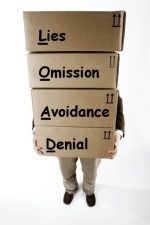 physical abilities of its youth terrify the Spirit and is in part, the cause of aging, as Spirit tries to deny what has happened to Body as a result of the experiences it, and the Will have had to endure without the acceptance and help from Spirit. All the times when Spirit/Will/Body/Heart were confronted with traumatic experiences, Spirit did what it thought it needed to do in order to survive, by cutting off and denying the parts of itself, it’s Will, (feelings and emotions) as well as Body sensations.  It’s all these denials, (denied reversed energy) that the body is forced to hold and carry. It’s the LOAD (Lies, Omission, Avoidance, Denial)  that gradually weighs down the Body, causing it to move and react slower and not heal like it once did , and to also diminish its senses.  That’s when Spirit begins to become aware of the things it doesn’t like about the Body, which only adds to the denials that the Body is forced to hold, thus accelerating the process of illness and aging.

Note: In looking for an autopsy picture to use on my blog post I happened upon this picture and then followed it to the main website.  If you want to see and feel what a medical team does to a Body that is still alive, but can’t move, then visit this site.

I must warn you, the pictures are very graphic and disturbing.