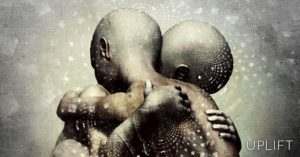 This article was posted by a friend on Facebook, and I was curious as to what it had to say, and why the statement…

Could the Root Cause of Addiction actually be a lack of Connection?

I watched the video and I have to say it’s a yes and no. It has some part truths, but they are mixed in with a whole lot of do-good hype, misinformation and unanswered questions.

The connection and bonding they are really talking about is basically just a quick fix. If the person that had developed this new “bonding” connection is suddenly separated from that SUPPORT, they would probably revert back to their old habit or addiction, or find a new one. As long as they feel wanted, needed and “loved”, they are fine, but to do that, it takes ANOTHER person or GROUP for them to feel that way about themselves. While this approach appears to work for half of the addicts involved, it’s only effective as long as they get the help they feel they want and need. Sometimes, all that is needed for a person that has nothing to cling to but hope, is to be given a chance to rebuild their lives. Sure, they have a job and are considered to be a useful member of society, but again, it doesn’t address the underlying issue as to why they became an addict in the first place.

Abuse and trauma are the same as a painful experience, and just because they are different words, that doesn’t diminish the effect they have on the person having the experience. People that don’t think they have had a traumatic or abusive experience have just denied and shut it out of their conscious mind. Just because you can’t remember, that doesn’t mean that it didn’t happen and is affecting your present experiences. It has been my experience that any so-called unpleasant experiences are directly related to unresolved past traumatic experiences. The cycle is only repeated as a means of a person being given the opportunity to feel and express what they never were allowed or felt they could during their original experience, that imprinted and programmed them to re-act as they do.