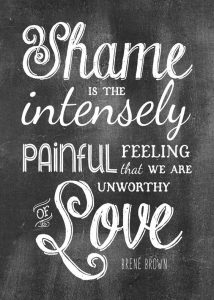 The other day I met a woman on Facebook that was in a group I was in. She liked my posts and comments and contacted me, and we chatted for over two hours. She’s an attractive 45 year old widow, with three grown children. She lives in the US; is an artist, musician, dancer, and was a child actor. She owns her own home and her father runs a new age church and her mother has her business.

We got talking about relationships and she made a comment that age doesn’t matter, and with  the other comments and questions, and I got the feeling that she was interested in me. As we chatted, I noticed and felt shame coming up for me. Feeling that I wasn’t good enough, not talented, not popular, not good looking, no money, no home, too old and the list goes on and on. 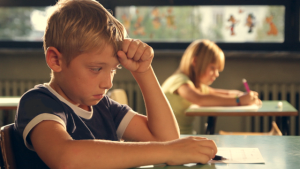 These shame feelings and judgments that I was experiencing now were similar to the shame I had in my childhood. On top of that, I also remembered being shamed by my mother if a girl showed interest in me. I took her shame comments as having a girlfriend was a bad thing and that I was wrong and bad. This was also associated with my religious beliefs at the time that you had to honor your father and mother and they knew what was good for you.

The next day, I spoke with her again and thanked her for activating me into my shame and childhood memories, and that I was working on it.  We chatted off and on, but we never got into any lengthy discussion.