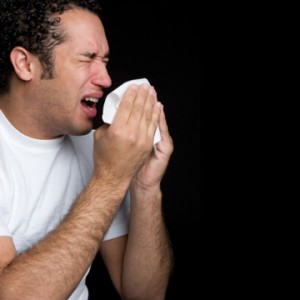 I just got over a cold that had unexpected and painful side effects. Sneezing is part and parcel of having a cold, but this time, the sneeze did some damage. I was bending forward and also turned to the right when a sneeze suddenly came upon me. There was no warning, just a powerful 250 MPH sneeze that felt like a hot knife had sliced my body in two as I felt my body drop and my knees buckle. It was instantly followed by a second sneeze that thankfully wasn’t as severe and painful as the first one, but then again, I was already in pain, so added pain wasn’t noticeable. I was in agony and had to cling to the wall to get up and return to my bed. 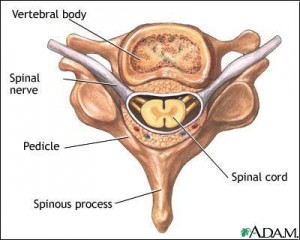 I was now not only suffering the pain and misery of a cold, but also severe back ache. In addition, my legs felt numb and I had to boost myself to go from a sitting to standing position. The next day I still had my cold symptoms and constant lower back pain. The following morning, I couldn’t find a resting, standing or seated position that didn’t hurt. I called my Chiropractor and got an appointment for the next day. The next day when I got up, the pain wasn’t as severe. I went for my appointment and after examining me, he informed me that as the result of my bending forward, it put pressure on the forward part of my vertebra, compressing my disc. Then the twisting action pivoted my vertebrae to the side, squishing my disc again.

When I sneered so strongly, my core muscles tightened and the sudden expulsion of air caused my upper body to suddenly move, jerk, not only putting extreme pressure on my already pressured disc, but also causing some of the outer layers of the myelin-sheathed fibers of my spinal cord to be torn. After some massage, manipulation, electrical stimulation, and being tapped up and applying cold packs, I was good to go. I have to go back in a few days, to see how things are going.

I share this to let you know not to bend or twist when you are going to sneeze, especially if it is going to be a forceful one.