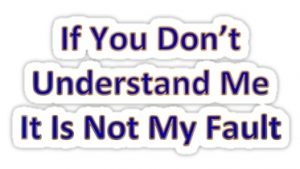 While we were married for 20 years, and divorced now for almost 27 years, I’ve managed to remain on friendly terms with my ex-wife. While I’ve been aware of her blatant lies and denials, I didn’t realize that I had unconsciously programmed myself and made exceptions for her behavior. In doing so, I had also given her power and control over me.  Interestingly enough, these programs were not made after our divorce, but during our marriage. Since we weren’t in each others lives for years, I thought nothing of it, as most of my dealings with her were more of a handyman nature, doing things I knew she couldn’t do around her house or apartment. That was until recently, with her health declining, her calls for help were more personal in nature.

During our marriage, she had been diagnosed with postpartum depression and then later as being bi-polar. Not understanding the causes and naively believing medical doctors, I molded my life around trying to make her happy and to understand what was going on with her different moods. One of her favorite lines was, “You don’t understand.” I didn’t realize it until now, but it’s a phrase to make me doubt what I was seeing, hearing and feeling, and to fall for the story she was giving me.  Her next favorite line was, “You don’t care,” which is an invitation for guilt and shame to attack me. 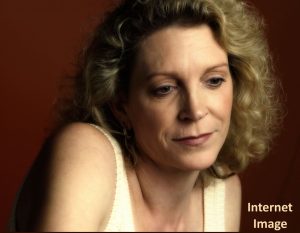 Recently I was feeling more and more under pressure and I noticed that she was a master at manipulating and twisting facts to get what she wanted. Giving me the, “oh poor me” speech, whether it was about her bi-polar condition, meds, back, shoulder or arm pain, diabetes, weight, money issues, living conditions or whatever she found to bitch about that was not to her liking.  If I asked questions or contradicted her, all I got back was, “You don’t understand, you never understood.” I realized that she was not taking responsibility for her well being and her personal experiences, but expected other to either make them right, to help her in her time of need.

What part of my issues were that allowed me to get sucked into this “game” was that even though she had all these issues, I was still the eternal optimist, full of false hope, looking for the best in people and hoping that they will change.  I was also programmed to deny my true expression in favor of making another happy.  I thought I had dealt with this a few years back during my healing experiences, but this was on a new level.