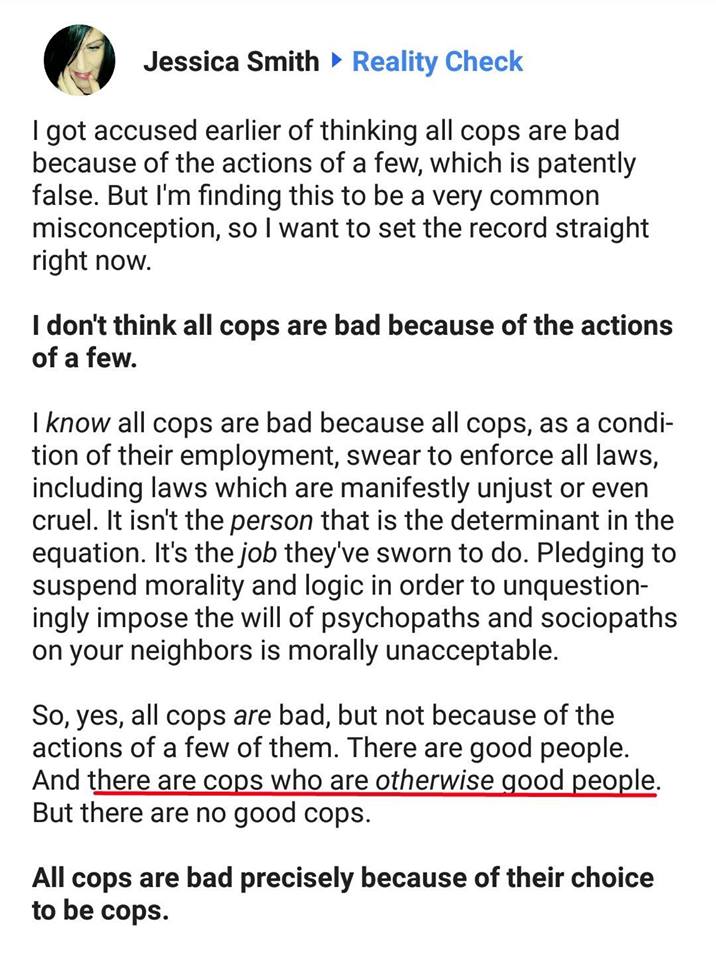 This meme popped up on my Facebook news feed and I felt I need to share it as it expresses my point of view, not only with the police, but in all the ten categories that I identified in my previous post “Says 305 – The Beast.”  that are shown in the second image. As long as the order followers are willing to carry out the orders of the power hungry psychopaths in a position of power, they are bad, “unloving” by way of their choice. As the old cliché states, “If you are not part of the solution, you are part of the problem.”

The biggest problem is, and this is my guess-timate, that 60% of the people work in some form of government or in the myriad of agencies that are directly and indirectly associated with the various forms of government. Corrupt politicians and bureaucrats are involved with the rest of “the Beast.” and so it affects everything and everyone. Bad corporations hire bad lawyers to make bad laws that are approved by bad bureaucrats and politicians, and enforced by bad police, covered by bad media, and the list goes on and on.