2012 March 10, I was at, what once was, a beautiful  tropical resort but recently the people that were in charge of maintenance had walked off the job. They refused to clean up the mess made by the visitors and what was once a beautiful resort was now turning into a toxic wasteland. The visitors at the resort were not only deliberately littering and trashing things, but they were also urinating and defecating on toilets, floors, or anywhere they pleased. 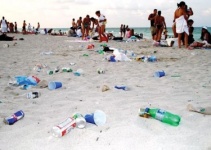 To top it off, the water had been turned off because of vandalism and plugged toilets. It had gotten so bad that you had to be careful where you walked and even the beach and water was disgusting and unsafe. Visitors were disgusted that the toilets were not cleaned and plugged and some went to the outside dug toilets but found that they were also filthy. In desperation, some of the cleaners did their business on the grounds and tried to bury it as best they could.No one seemed to know what to do and how to clean up the place. 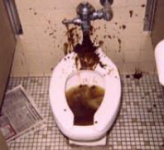 I talked to the clean up people and showed them what they could do t fix the problem and those that were interested followed my instructions and fixed some of the plumbing and dug new latrines and filled in the old ones. The litterbugs and those that didn’t care still littered and did their business where ever they wanted, even on, instead of in the working and clean toilets. 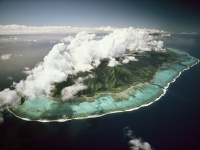 Finally, I had enough of their antics and I had them removed to their own remote island where they could do what they wanted. They complained to me that I wasn’t treating them fairly, or said that they were sorry and they would change if I just let them come back. I said, “No, there is a right place and time for everyone and you are in yours until you learn to clean up after your selves and your surroundings. You will live by your choices.”