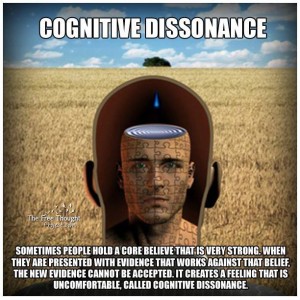 This is a video from the mid 1950’s that explains, by example, what cognitive dissonance is and HOW it is created…  As you can see, this modern definition twists that into something entirely different. The meaning of cognitive dissonance has now been changed, just like the word psychopath and been changed to sociopath.. Don’t be fooled by word or definition changes. Bullshit is still bullshit, even if you call it a mud pie.