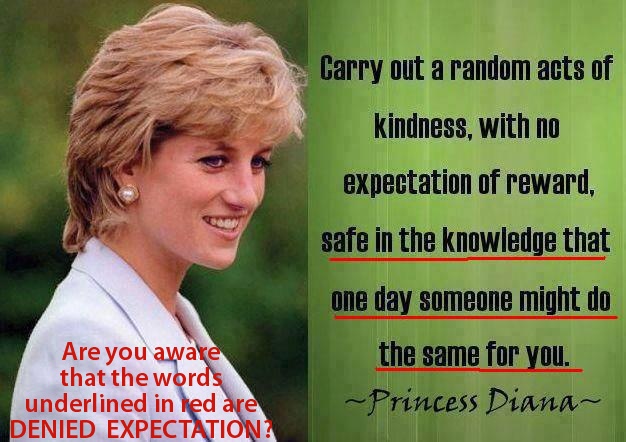 I found this image on facebook and added the caption in red and re-posted it. While the first part of the message has loving intent, that intent is negated by the second part of the message. Again, it’s the subtle and un-noticed things that you need to pay attention to if ending your personal denials is your intent. Of course, you need to begin with the blatant and obvious ones firs, and choose to end them, before you are even ready to begin to spot and end the ones like the above.

I’ve found that most of the so-called Spiritual New Age quotes are sending mixed messages like the one above. These messages have the religious undertone of the do-gooder, that smacks of denied one up-man-ship and superiority. This one is linked to the old golden rule of, “Do unto others as you would have others do unto you.” One thing that I have come to notice is the word, ACT. When you see that, It’s a clue that it’s not real, but a staged presentation.